A virtual space by Dinamo for sharing internally developed tools that help or confuse the modern type designer.


The Font Gauntlet provides a selection of features for testing and analysing typefaces during the design process and was specifically built with variable fonts in mind, allowing for an animated preview of all their axes combined. Developed by Robert Janes. 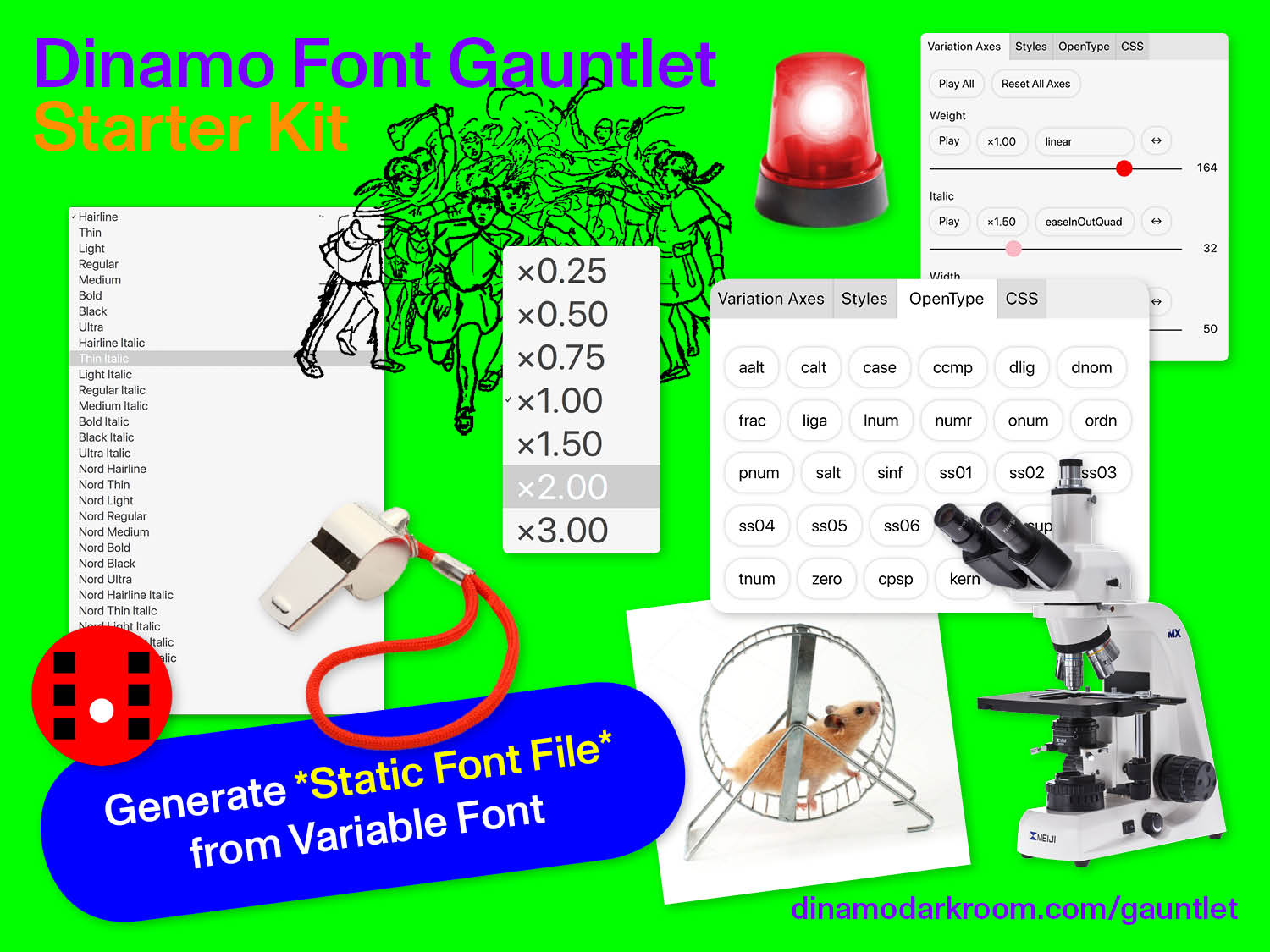 
The Dinamo Pipeline isn’t really a useful tool, rather a RGB coloured shrine to exhibit variable projects that Dinamo members are working on. Imagine a “Netflix for Variable Fonts” where users can select a variable font, then stream it.


This is a plugin for Glyphs App which we developed together with Jedi Master Wei Huang, following a conversation with NORM in Zurich. The tool shows an oval for a mouse cursor which can be used to gauge the width of strokes. 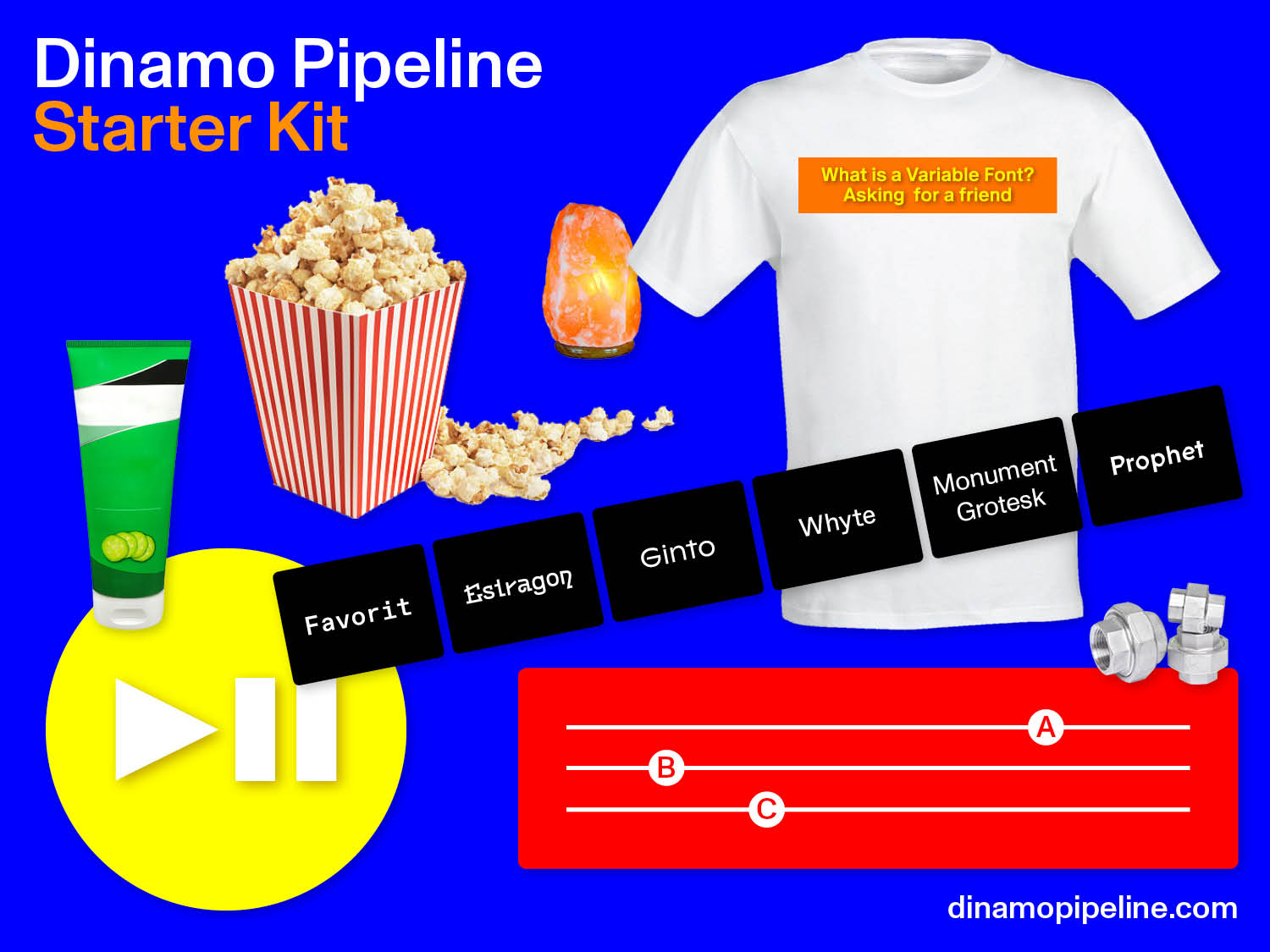 The Font Gauntlet enabled us to develop a typeface with variable inktraps. While inktraps were necessary during the hot metal type era, to improve printing quality, the resurrected variable font technology inspired us to revive the idea, and control the ink traps. Whyte Variable allows the viewer to seamlessly slide from one extreme to the other.